Over the last quarter of 2014 and the first quarter of 2015 there have been some major changes at the very nerve centre of the fashion industry: its creative core. Fashion is undoubtedly  a huge business, one of the most dynamic, technologically advanced and prosperous in the world. The figures are staggering. It is estimated that in 2012 the fashion market was valued at $1.7 trillion and employed 75 million people worldwide.

In addition to  the traditional figures, fashion creates wealth and jobs in almost every sector, ranging from retailing, training, marketing and research to social networks, websites, the pages of newspapers and magazines … It has taken hold of our lives under the headings  of “trends”, “lifestyles”, “modern appeal”, “branding”, “image”. It encompasses technology, psychology, the social sciences, media and politics. And the digital world has further enhanced its omnipotence.

But despite the huge investment in marketing, technology and efficient manufacturing methods, fashion would be nothing without imagination, creativity and the personal endeavour of  human beings. And the best proof is that huge businesses such as Dior, Yves Saint Laurent or Vuitton tremble and place billions of dollars and thousands of jobs at stake if the creative side fails or is questioned. Fashion firms, or as they were formerly called, “Maisons”, invest millions in gaining the services of the best creators, steal each other’s best minds, boost the careers of some and sink others. New creators emerge or old ones reinvent themselves at another Maison.

We are talking about DIRECTORES ARTÍSTICOS or CREATIVOS in Spanish, CREATIVE DIRECTORS in English and DIRECTEURS ARTISTIQUES in French. They are no longer “couturiers”, given that the business runs separately from the creator in most cases. And the term “designer” is becoming less and less used, as it encompasses other fields such as decoration, architecture and industry.

So why not put your knowledge to the test? Below you will find two fairly exhaustive lists for the “über branchés”. One contains trademarks or trade names of fashion houses and the other the names of their creative directors. In a future post we will tell you how the two lists match up.

A clue: As of today, one Maison has not yet named a new artistic director and two of them are Spanish. 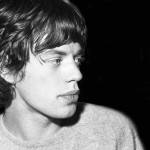 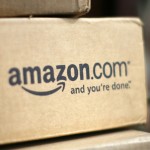 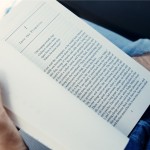